Weaving innovation and evidence together

Question your current thinking on evidence and innovation, and reflect upon how you might use both to improve practice.

Weaving innovation and evidence together

This edition of Iriss On... is based on the learning from this report and will help you question your current thinking on evidence and innovation, and reflect upon how you might use both to improve practice.

The relationship between innovation and evidence 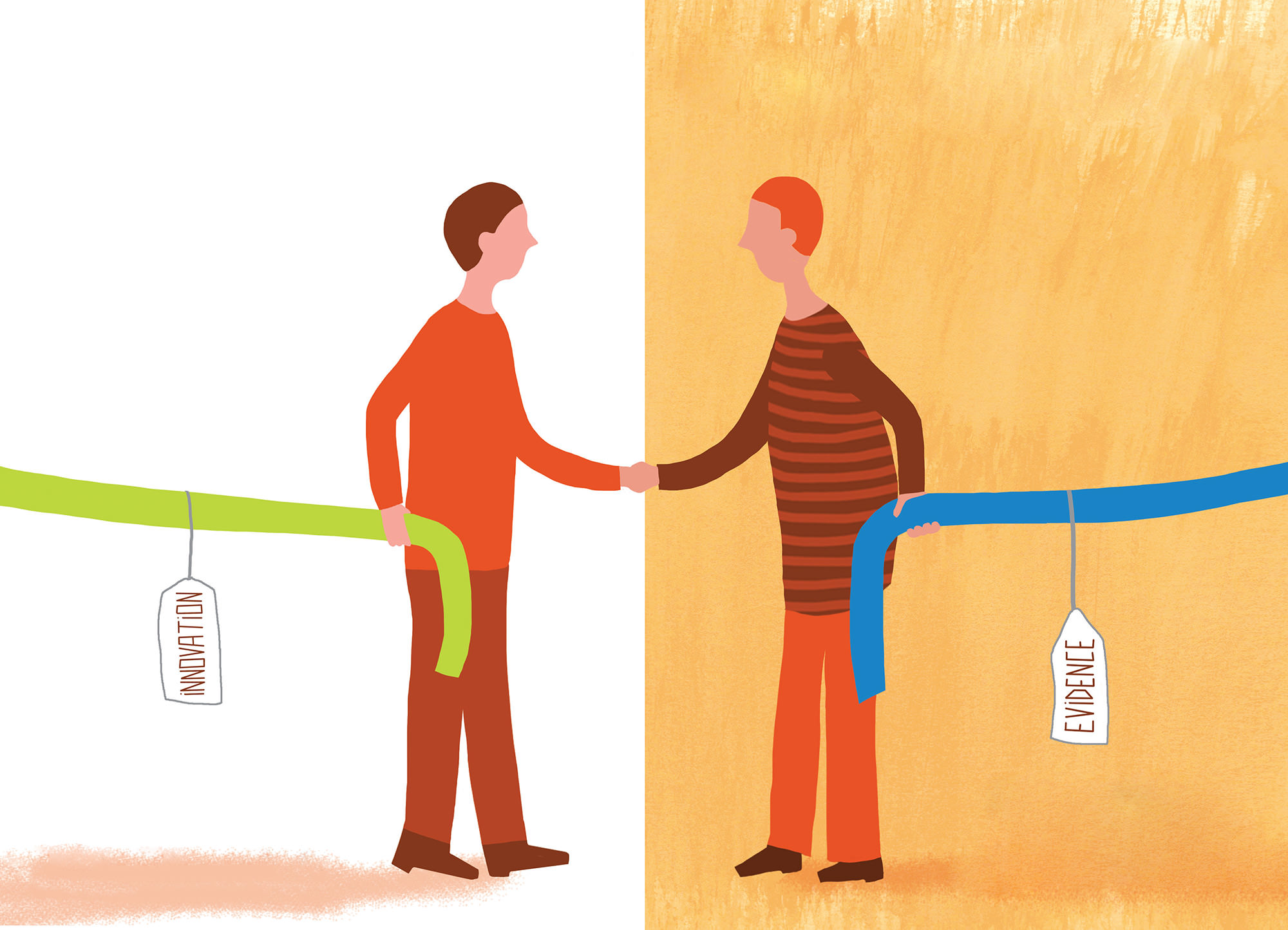 At Iriss we think innovation implies a real change in how work is done; using new knowledge, organisation or process to develop changes in the way people are supported2. We believe innovation can be new to sector, scale or place and can be characterised as incremental, moderate or radical.

We think evidence relates to knowledge and understanding, and in the social services believe this originates from published research, practitioner wisdom and the lived experience of people who access support.

There are two predominant relationships between innovation and evidence.

A linear view where innovation and evidence are seen as polar opposites. In this context evidence is 'the way to do things' and innovation is viewed as radical and exploratory. 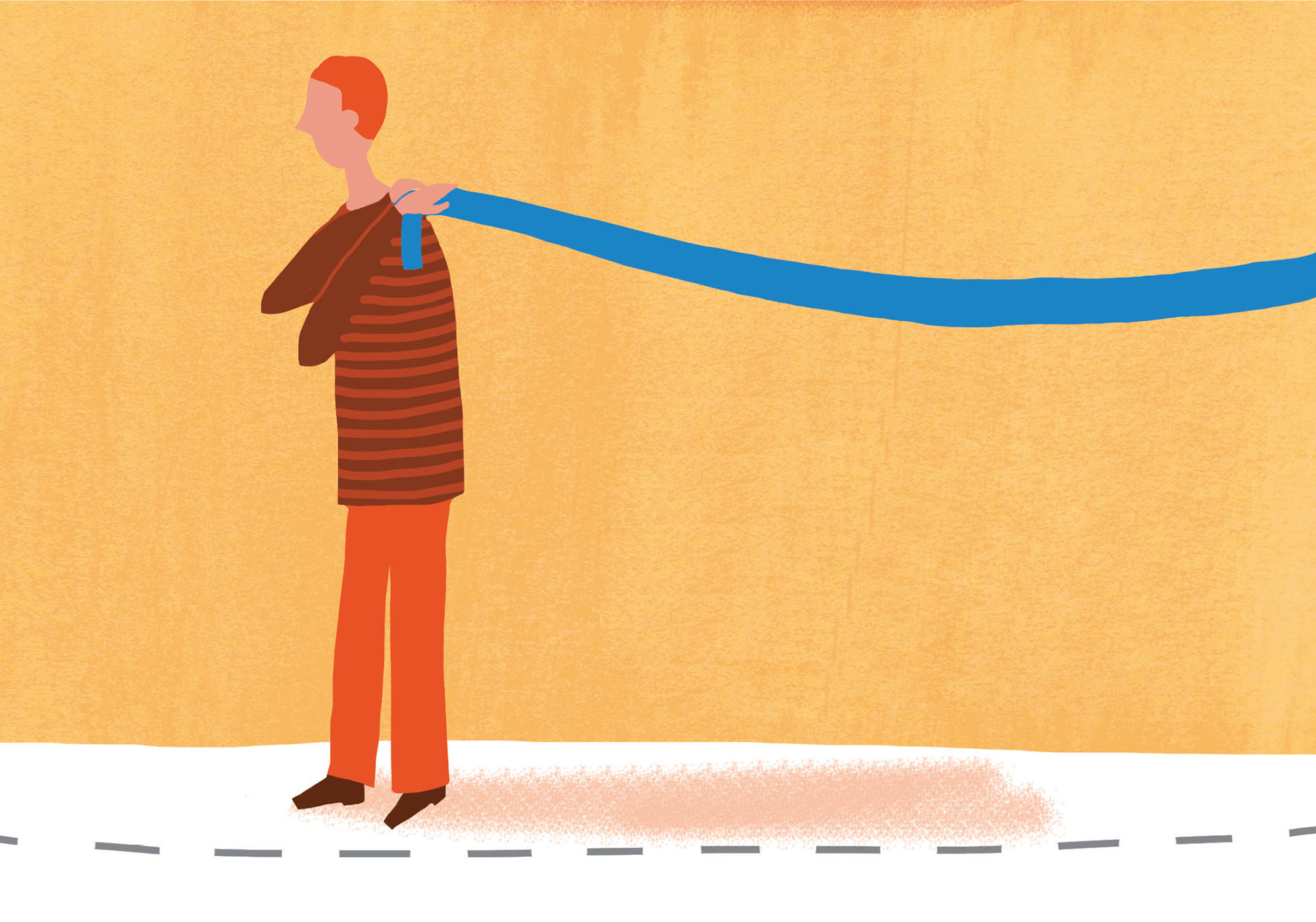 A non-linear view where innovation and evidence are woven together in a model that is an interactive process. 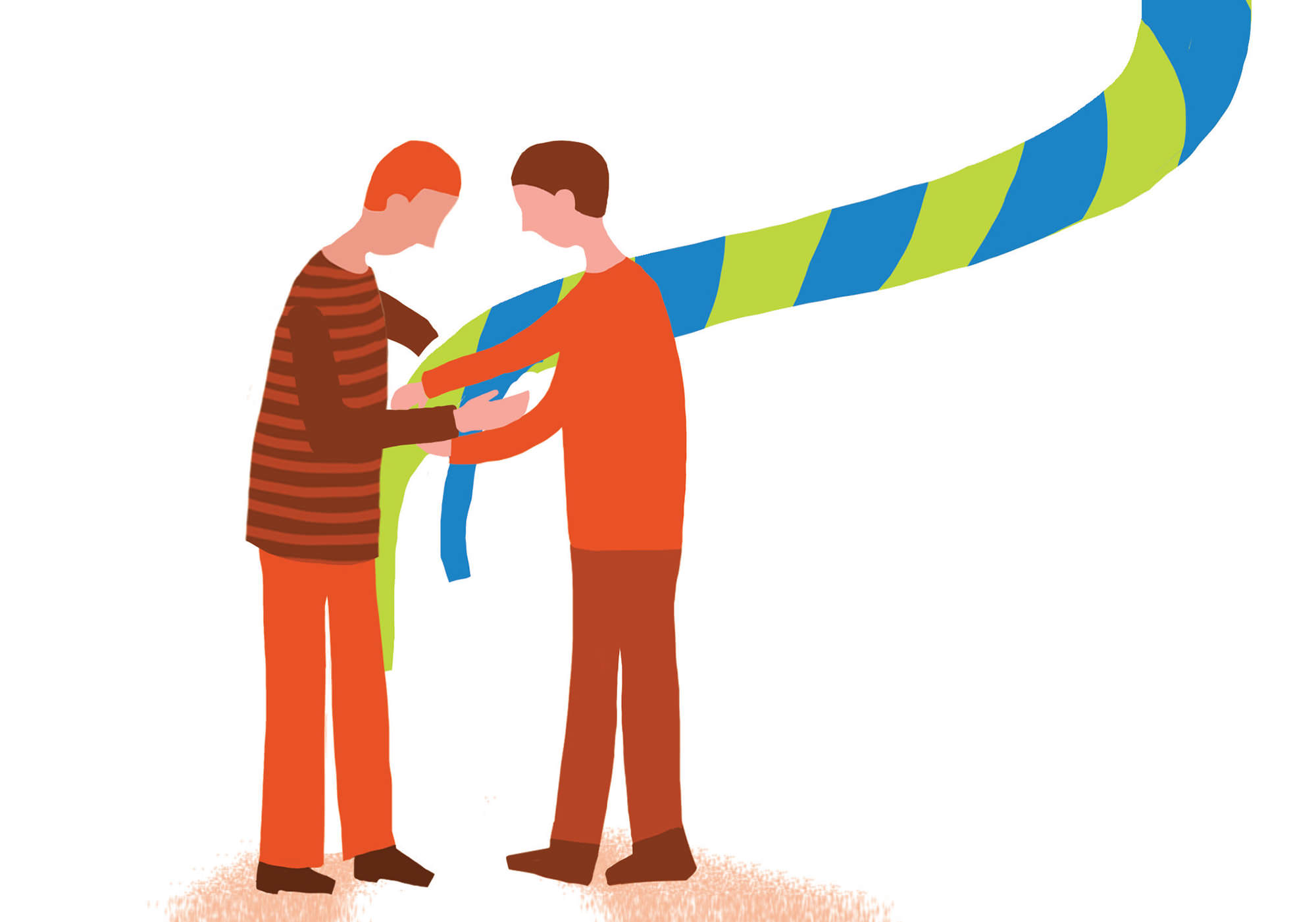 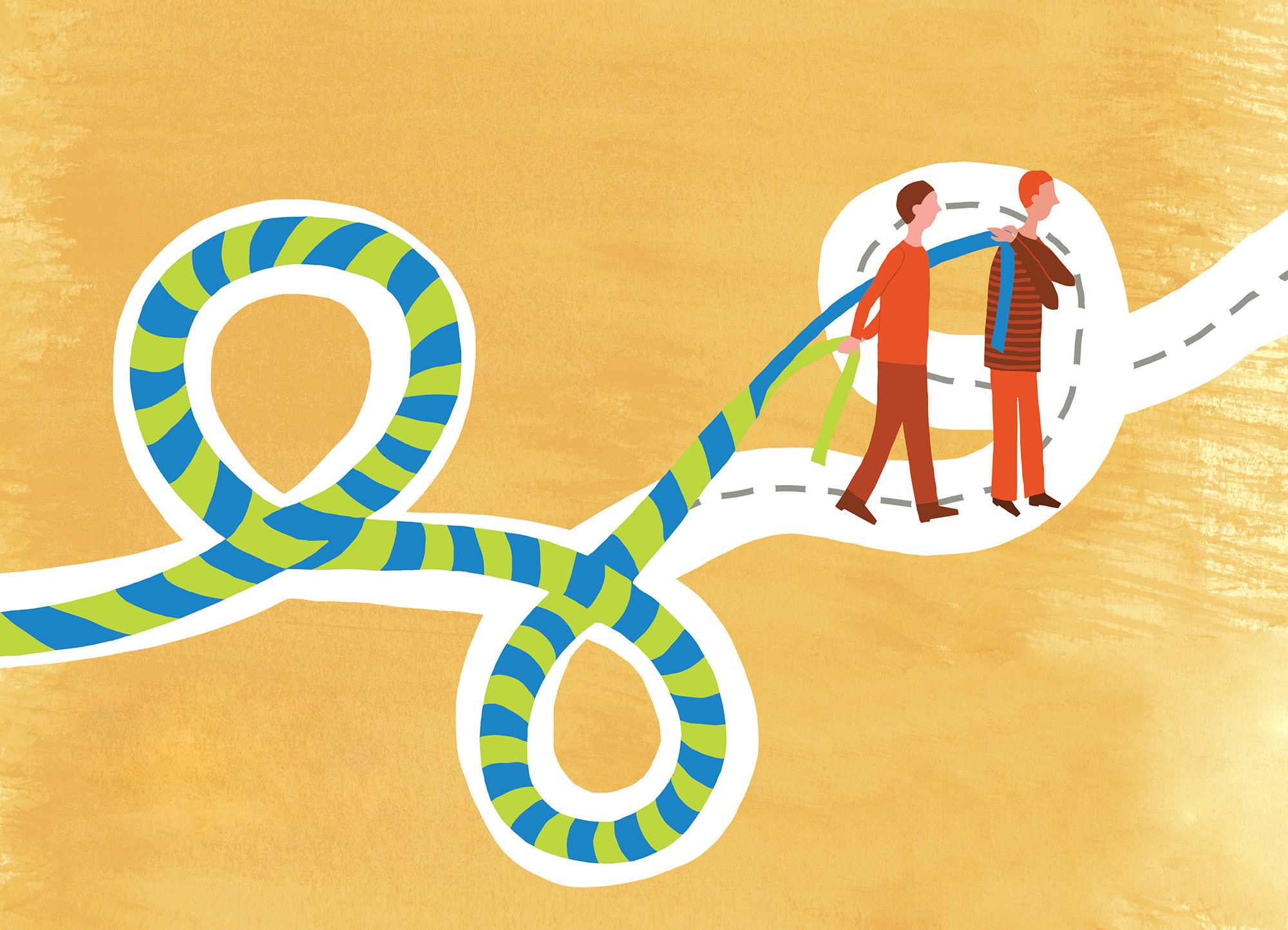 Although we recognise the value of different approaches, Iriss sees innovation and evidence as being interwoven and engaged with through a reflective learning process. This weaving of innovation and evidence involves a 'remix' of ideas - ideas that have been copied, transformed and combined3. Within this approach 'copying', 'combining' and 'transforming' are described as follows4:

The reality of innovation and evidence use in practice 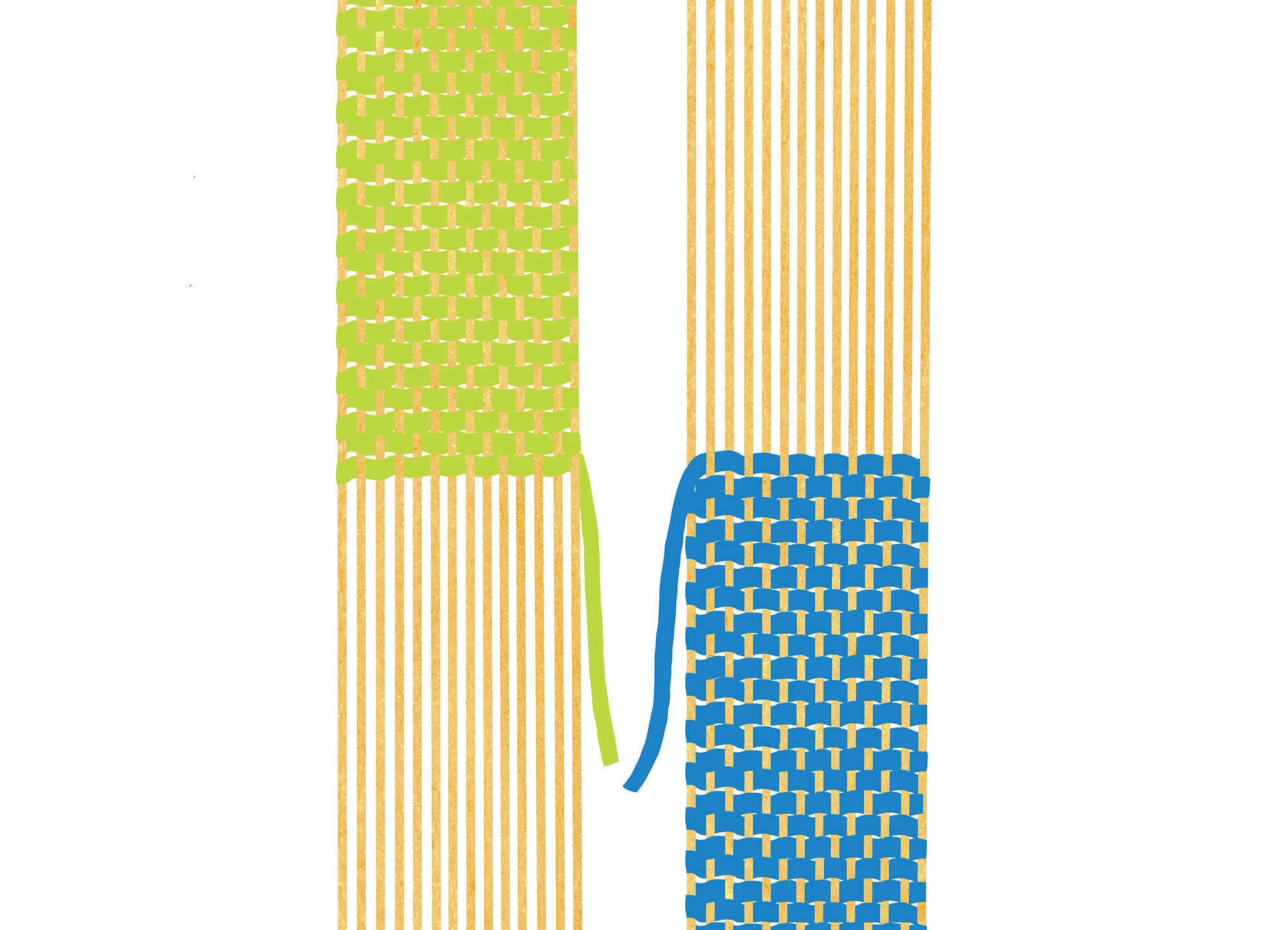 The relationship between innovation and evidence varies and evolves in practice, which makes it tricky to describe. Here's an overview of the different approaches:

The traditional hierarchy of evidence favours a gold standard of random controlled trials. For examples systematic reviews5 meet the demands of rigour and accountability but tend not to reflect the practical application of this evidence in complex real world settings.

Another common view is that innovation is a radical process, which takes us into uncharted territory and is not based upon evidence. Radical innovation aims to transform how people think about and contribute to society. This approach challenges people's values, how we engage, and the kind of exchanges we make. This conceptualisation is used to great effect in an entrepreneurial context where the focus is 'the next big idea'. An example of this is Jeff Bezos coming up with the idea of Amazon.com - a radical rethink of the traditional bookstore model - whilst driving across America6.

Evidence which enlightens and informs innovation 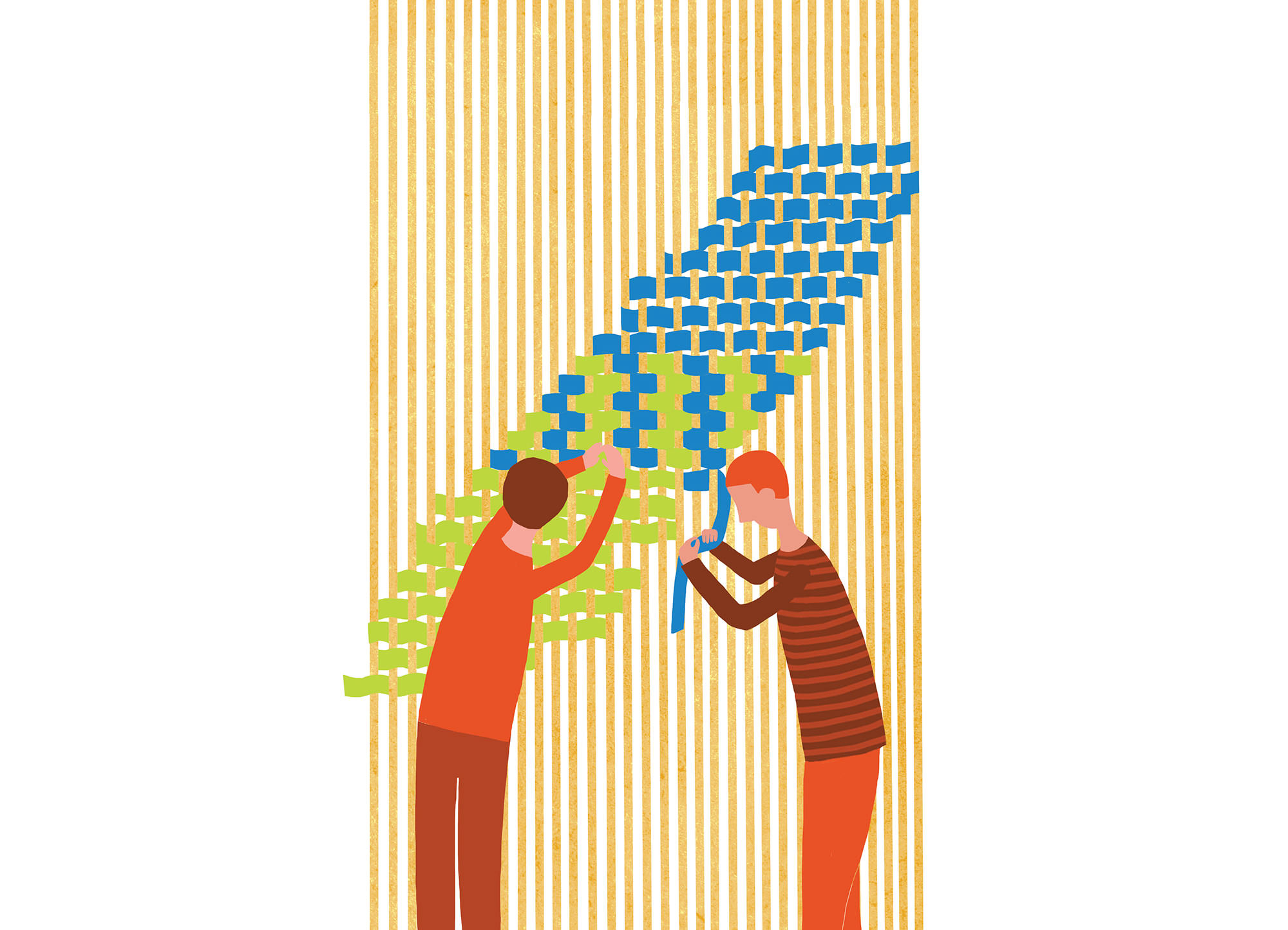 The 'Dott 07 Alzheimer 100'7 project used service-design methodology to gather evidence from those with dementia, their carers and practitioners to enable the development of experience-led innovations. This meant the development of dementia services that were more in tune with the needs of those directly involved.

This is an example of a complex relationship between innovation and evidence where ongoing evidence collation and evaluation was used to inform and focus an innovation process. Projects such as community coaches and ambulatory emergency care have also used this approach8.

Weaving the generation and use of innovation and evidence 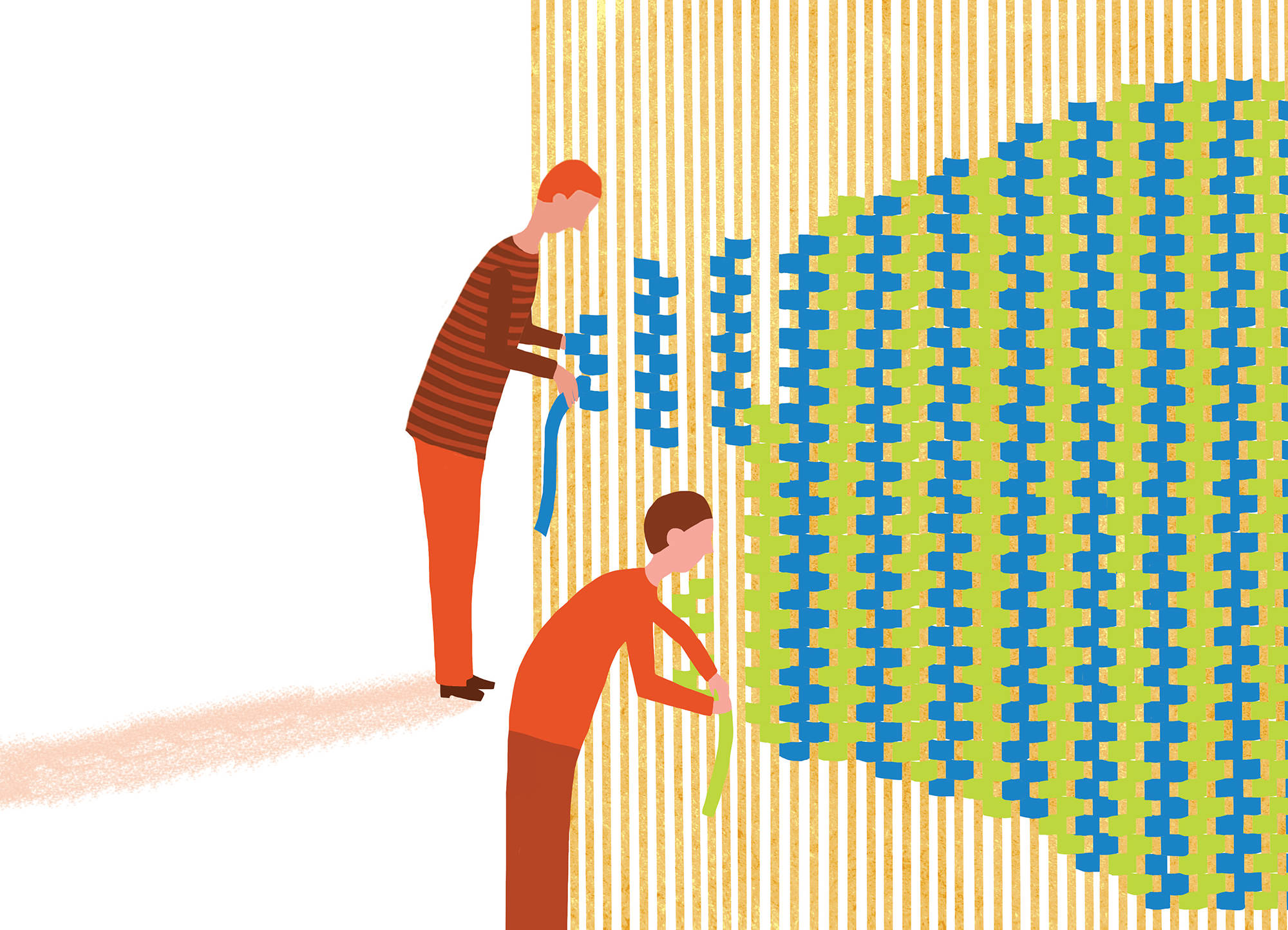 'The Life Programme'9 provides an example of how innovation and evidence can be woven in practice by using co-production methodology. Practitioners worked with families facing challenging circumstances to innovate and evidence practice that empowered people to become, and remain, independent. The co-production methodology used enabled practitioners to spend more time with families, and allowed trusting relationships to be developed. Similar weaving examples include the design of a neonatal unit10, and Maggie's Centres11 across the UK.

The process of innovating 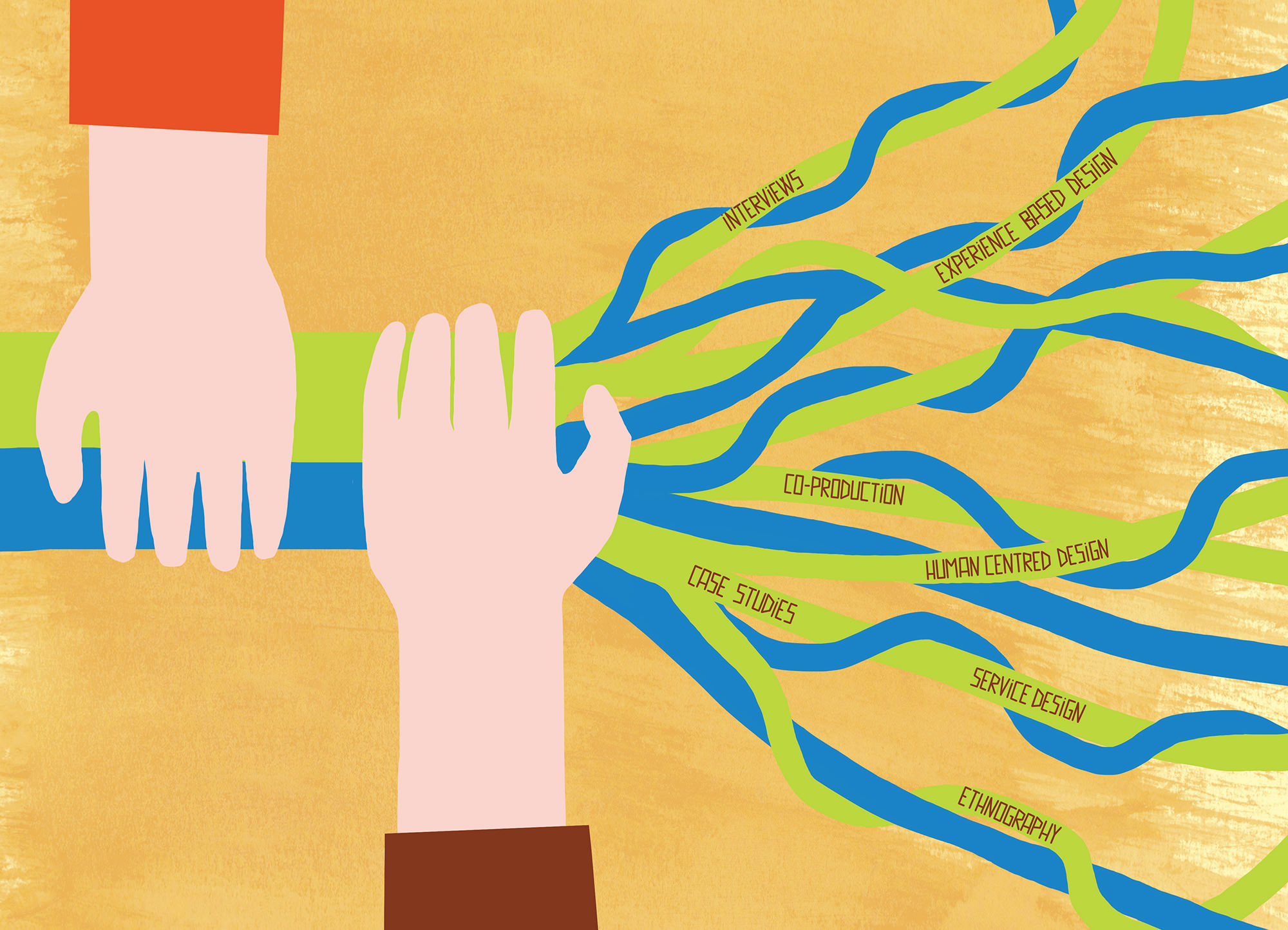 There are many methods and methodologies that can support innovation12; action research13, organisational ethnography14, co-production15, human centred design16, service design17, experience based design18, focus groups19, case studies19 and storytelling20 can all be used to facilitate the weaving of innovation and evidence. In addition, the use of new technology or employing a 'creative in residence'21 to feed innovation and creativity into an organisation can help you to tackle problems from a new perspective. 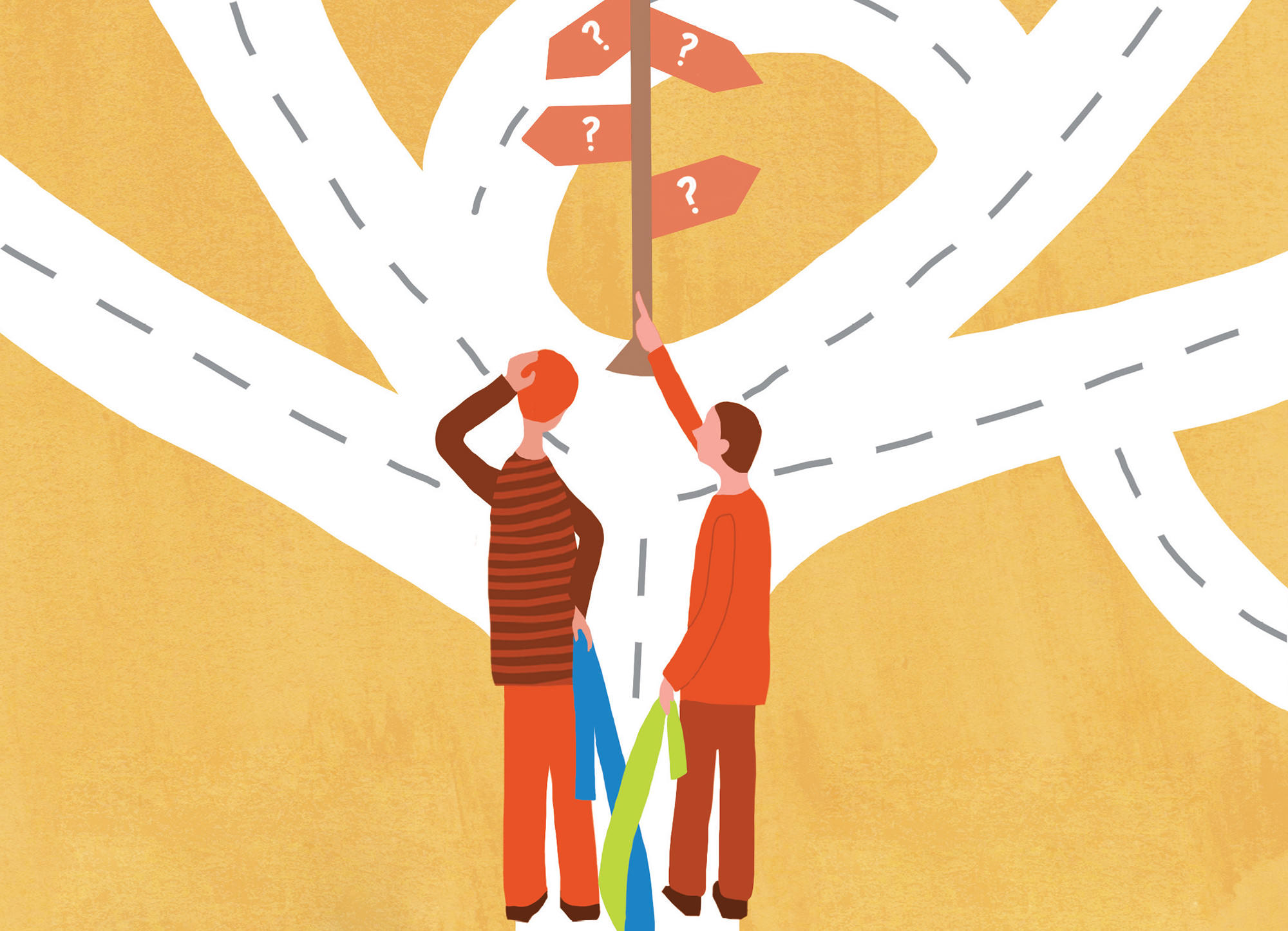 The choice of methodology, methods and tools you use, however, is likely to be dependent upon various elements. Think about the context you are working in and the people you are working with. Which methodology will generate the kind of evidence and change that speaks to and enables those you wish to influence and support?

Which process will provide a space that models the kind of change (or route to change), you wish people to experience and embed? And finally, which approach to change are people ready to engage with? 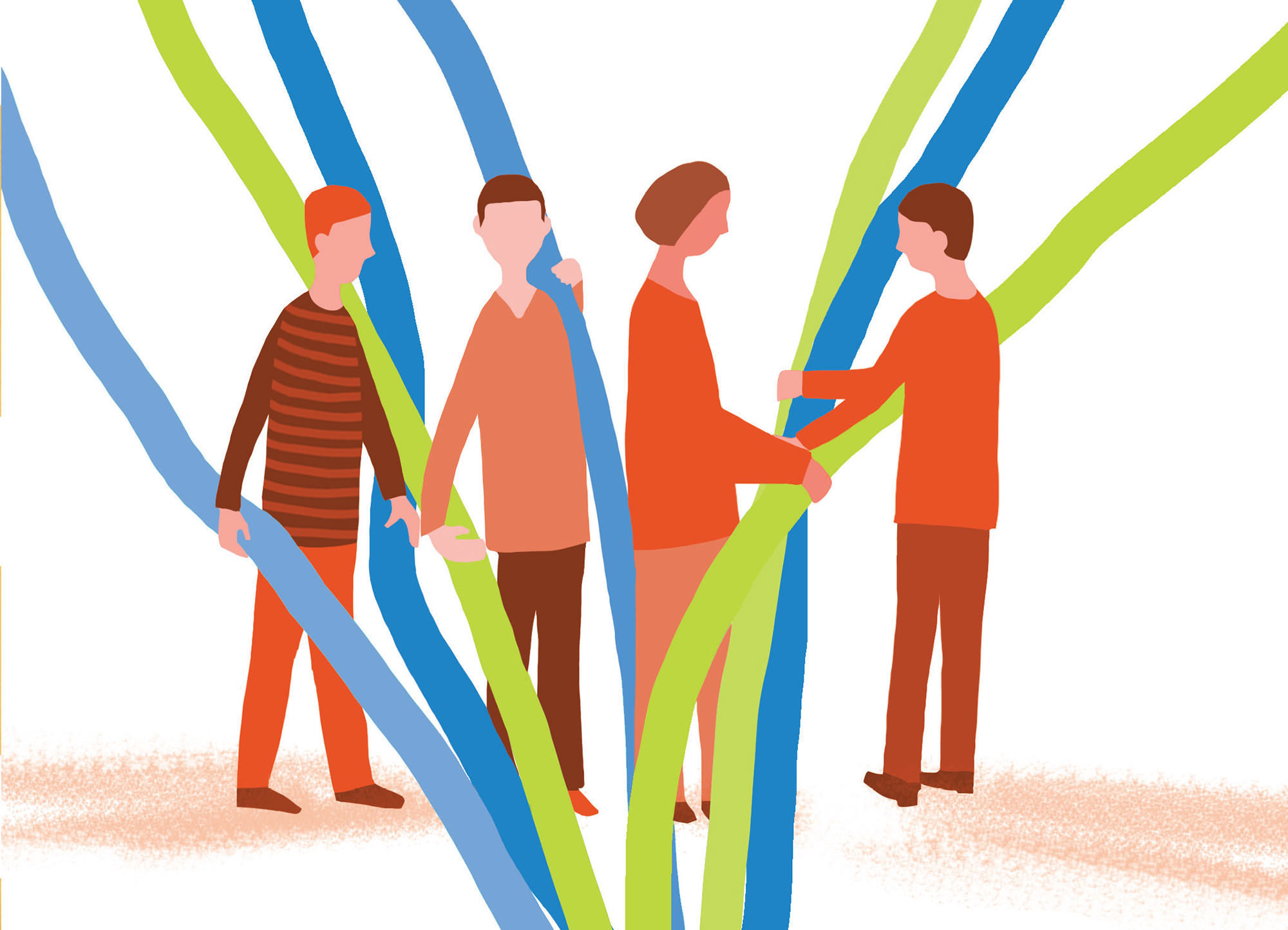 The process of innovation often needs buy-in from above and below in order to facilitate, legitimise and popularise the ideas generated. Often we need this buy-in to overcome the urge to maintain the status quo. The INSTEAD report22 introduces a strategy to measure how ready organisations are to innovate.

Within this context readiness is described as taking an ad-hoc, localised, generalised and optimised approach that involves multi-disciplinary teams. This may be a useful tool in addressing the issue of buy-in within your organisation when using innovation and evidence in new ways. 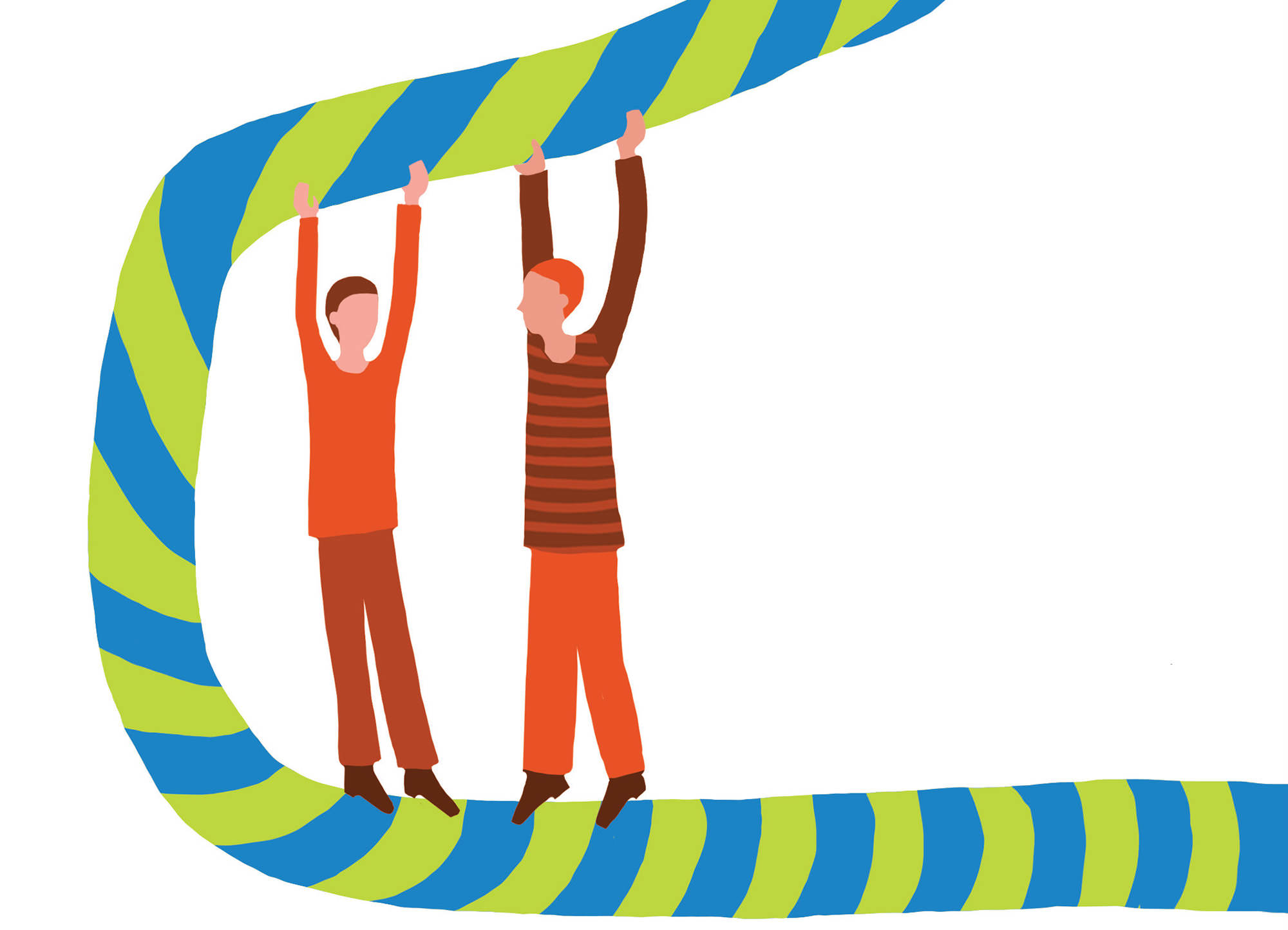 Innovation is not just a concept, methodology, or set of resources or tools. It is informed, shaped and guided by evidence, people and the conditions in which they work. It can be embraced by anyone and is not to be viewed as the reserve of a genius or expert23. In this context, innovation can be informed by a range of evidence sources including traditional research findings as well as insights from practitioners and people who access support or services. The most useful type of evidence will vary depending on the situation. Testing out ideas can create evidence, and that evidence itself can be used to create new ideas. 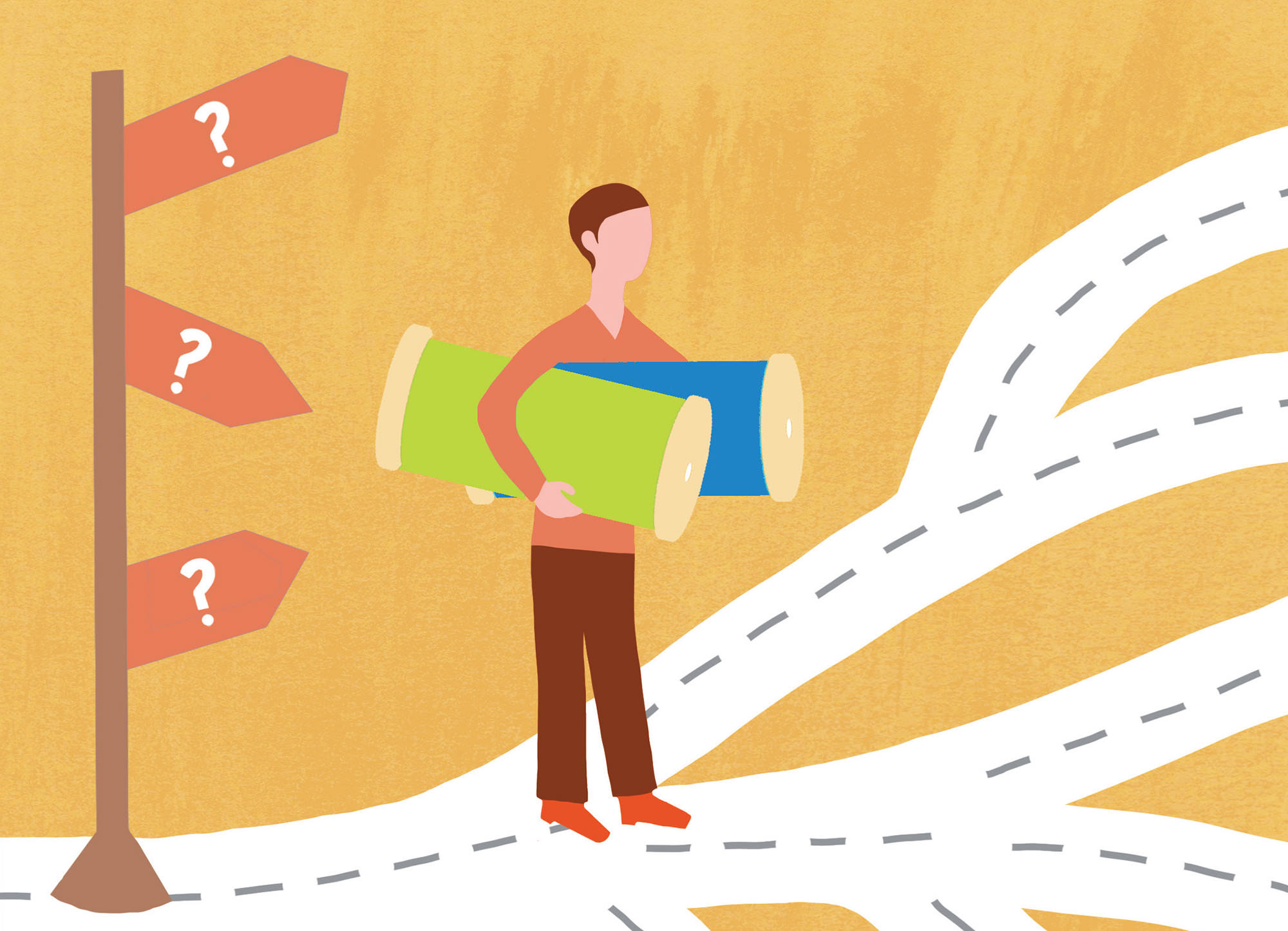 The way you think about the relationship between evidence and innovation has implications for the implementation and embedding of your ideas in practice.

Think about which approach would work best in your work context. What steps will you need to take now to move towards this approach and engage with the process of innovation?

Think about the examples we have explored in this booklet. Where does your work sit in comparison to these? Could you apply similar approaches to help change the way your organisation thinks about the relationship between evidence and innovation? Reflect on the evidence you already have and use in practice, and consider how you can use this to help inform innovation processes in your organisation.

We'd love to hear from you 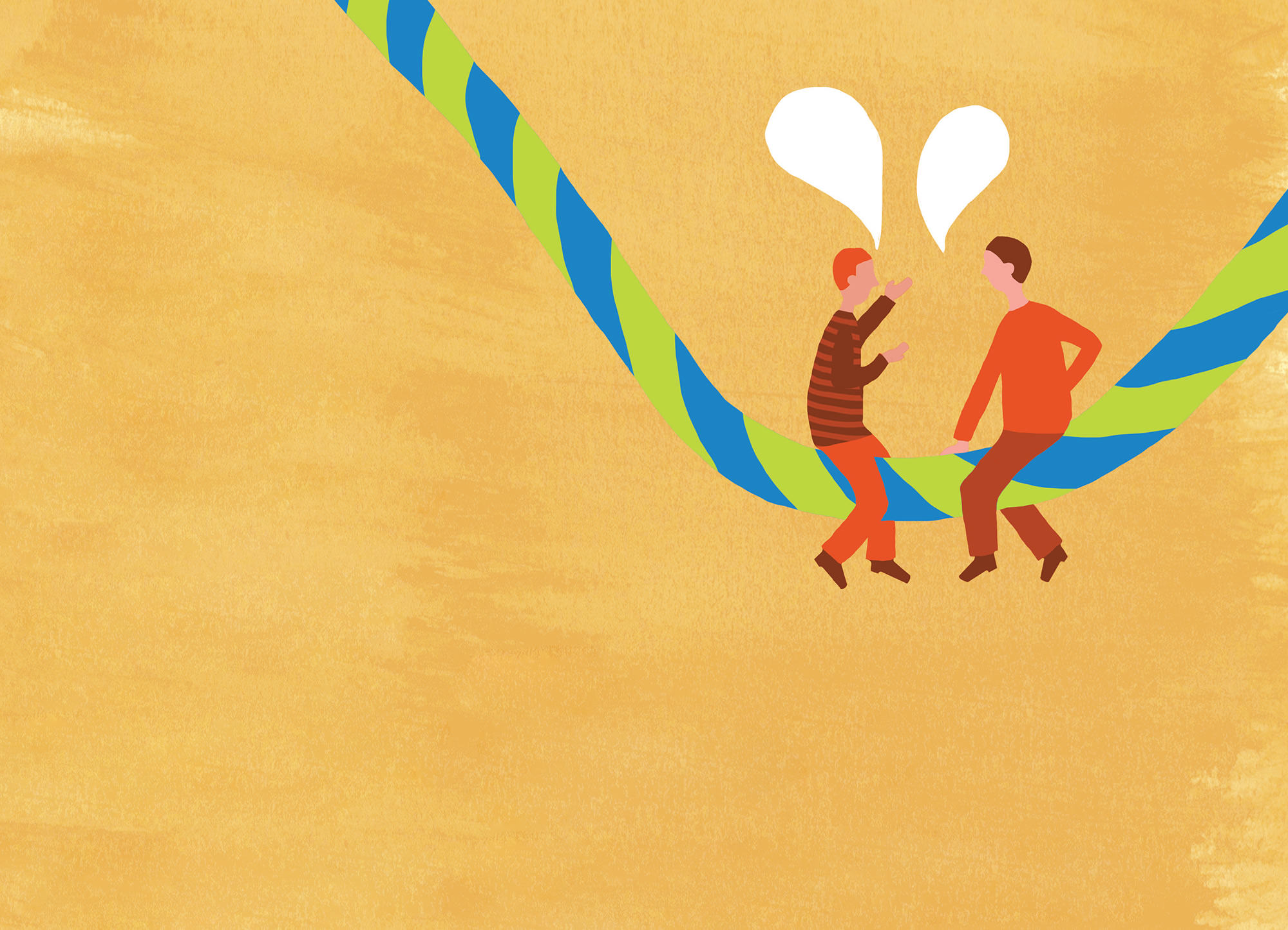 If you have been involved in, or managed, an innovative project or if this booklet has inspired you to approach evidence and innovation in a new way, then please get in contact with us. We are keen to encourage people to write guest blog posts.

Iriss on… Weaving innovation and evidence together (pdf)